Are You a Multitasking Genius? 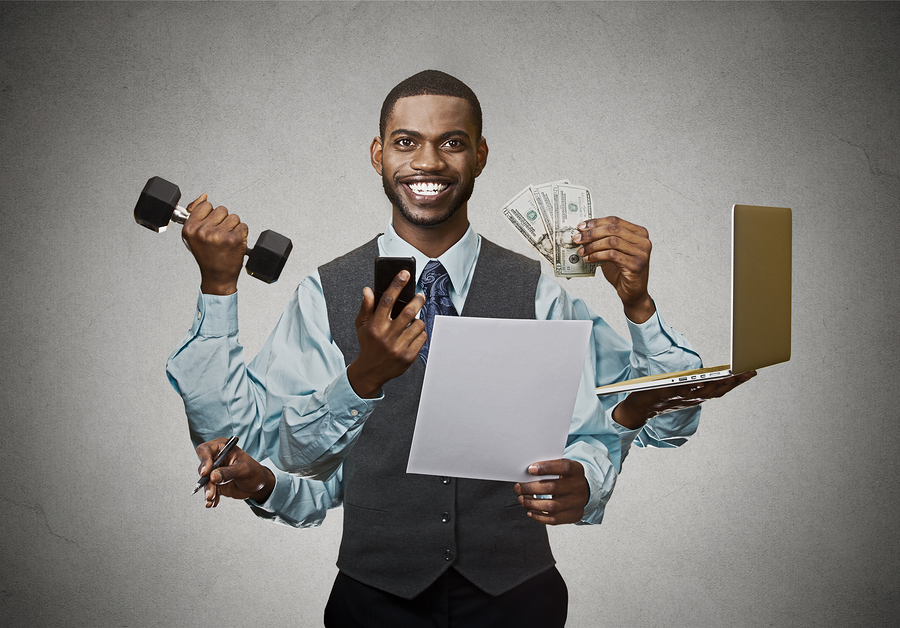 I’m sorry to hear that.

Oh, there is a place for juggling in today’s business environment where you’re on a phone call holding and reading an email at the same time. However, don’t deceive yourself into thinking this is the winning formula. You’re harming your career by hanging on to this ability as a gift leading to your great future.

Research shows multitasking is a myth, and in reality, it increases the amount of time you employ finishing your original task. According to Meyer, Evans and Rubinstein, even brief mental blocks created by shifting between tasks can cost as much as 40 percent of someone’s productive time…. just a few tenths of a second per switch can add up to large amounts when people switch repeatedly back and forth between tasks.

You see, it takes an enormous brainpower surge to mentally return once you’ve switched attention from one task to another. According to Gloria Mark of the University of California Irvine, it takes an average of about 25 minutes (23 minutes and 15 seconds, to be exact) to return to the original task after an interruption.

So, we’ve discussed how multitasking slows your productivity down—now let’s dig into another side of the issue which isn’t often addressed—perhaps even a deeper, more difficult one.

It’s intelligence! Research shows that, in addition to slowing you down, multitasking lowers your IQ. A study at the University of London found that participants who multitasked during cognitive tasks experienced IQ score declines that were similar to what they’d expect if they had smoked marijuana or stayed up all night. IQ drops of 15 points for multitasking men lowered their scores to the average range of an 8-year-old child!

As our cognitive tasks decline, we lose our ability to acquire and organize knowledge as well as it limits our ability to recall or retrieve information from our memory. Umm… isn’t that what most of us call work?

With this loss, you’re minimizing your unique contribution to your company—the very reason they hired you.

Think about the negative consequences, when you continue multitasking your way through work:

Anyone can do shallow. It requires focused time and effort to see insight and connectivity where others don’t. Such heightened discernment involves uninterrupted concentration, not possible when you’re multitasking.

I would never suggest you should doggedly work through every enterprise on your plate until completion. I am saying that there are assignments—and probably many more than you realize—that would benefit from consistent, uninterrupted thought. When you pay attention, you’ll be producing better outcomes in less time and with less effort. Try it and see how much more productive and effective you are with time to concentrate and with your entire IQ fully engaged.

By the way, this deeper level of thinking and producing will lead to being noticed by your company as a high potential employee. How is that for a gift from time—all originating from your choice to be exceptional, and selectively work on one essential task at a time?