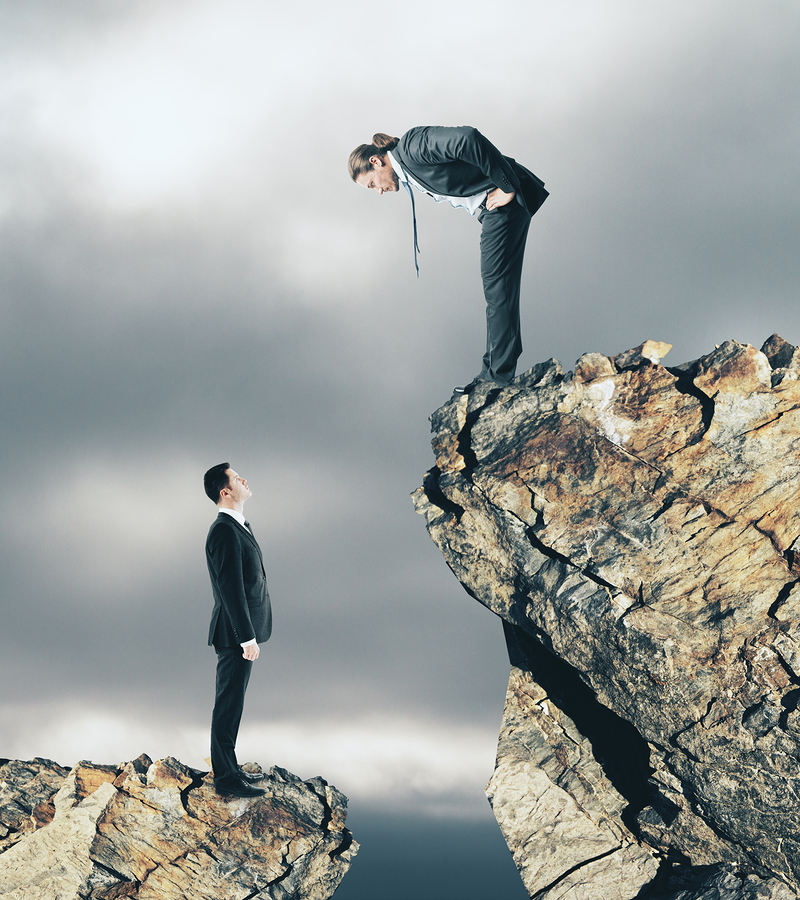 Three girlfriends gathered for “Whine Night” customarily a lively evening. This one was no different, except it had an uneasy edge to it. Instead of waking up the next morning with a smile on my face, I was heartsick for our country and its people.

When the three of us, who respect and value one another, can’t find common ground regarding today’s volatile, political environment, something is wrong. No matter which side of the debate—even those who are standing somewhere in-between—the divisive chasm in our country is growing more profound and unbending every day that passes. It’s difficult to hold out hope for the future of our country in such an environment. But if we don’t who will?

And it isn’t merely in politics where you see such polarizing, conflict-ridden arguments occurring. We witness it in relationship gulfs whether personal or business.

I started considering where I was responsible for the breakdown in our “Whine Night” conversation. It’s all well and good to stand up for what you believe right. The secret is how to do it without negating the views and values of others.

Here’s a few hints to bridge the gap:

Uncover Commonalities: Such a concept may seem simplistic. It isn’t. It requires commitment and hard work. Without respect for the opinions of others, constructing bridges isn’t possible. We’re not referring merely to valuing a person. What’s required is far more profound. You have to honor everyone’s right to reach conclusions poles apart from your own as well.

Love Is The Bridge: What is love doing in the midst of a contentious situation? It’s at the heart of the issue! I remember watching a YouTube video where a strawberry was subjected to love, and another strawberry received hateful energy. One berry flourished while the other didn’t.[1] What’s the point? The power of hate, dislike, disrespect is felt in a person’s soul shriveling up any willingness to remain in the dialogue. You need to prepare the soil to reach a viable, healthy decision; and love revives the human soul.

Use Your Words: The significance of words can’t be stated strongly enough. Some fire-up negativity and resistances while others open the conversation to a healthy interchange of ideas. Be careful, as a bridge builder, you’re choosing words that will bring about the outcome you intend to generate. Begin by eliminating any blame or disapproval from the discussion.

Breakout of the Big Into the Small: It is easier to reach workable alternatives when you’re in an eye-to-eye, acceptance-to-acceptance relationship with someone else. So, if the larger group locks into rigidity, break the groups up into twos or threes to begin the process of building relationships of respect and honor whose purpose is to understand one another’s pain as well as hope points.

A Big Hug Does A World of Good: Never underestimate the human touch especially when emotions run amuck in the midst of resolution. A study by Carnegie Mellon found those who received hugs (consensual, of course) during the days they had conflicts experienced smaller increases in negative emotions that continued into the next day.[2]

Persevere With Expectation: If you think it can’t be worked out, it won’t. Perseverance trusts that breakthrough can and will occur. The hard fact is that if you stop the process, you lose all possibility of working out the problem. Continuing in open-ended, respectful dialogue means there is hope.

What’s In The Greater Good: Put away your much-prized solution and “already acknowledged” loyalty to a particular outcome; and instead, start choosing what is in the greater good of the country or the family or the company. Such a fresh perspective isn’t a natural response. It is, however, a sign of wisdom and maturity.

Breakdowns of all kinds are no small issue in today’s world of ever-increasing dissension in every area of our lives. Let’s all promise to be bridge builders. It may not be a trouble-free role to take on, but it’s the only one which will have us as a people rising to become all we were created to be.