Executive Presence Bringing The Inside Out

by Nancy Fredericks | Homepage, Other, Women Only 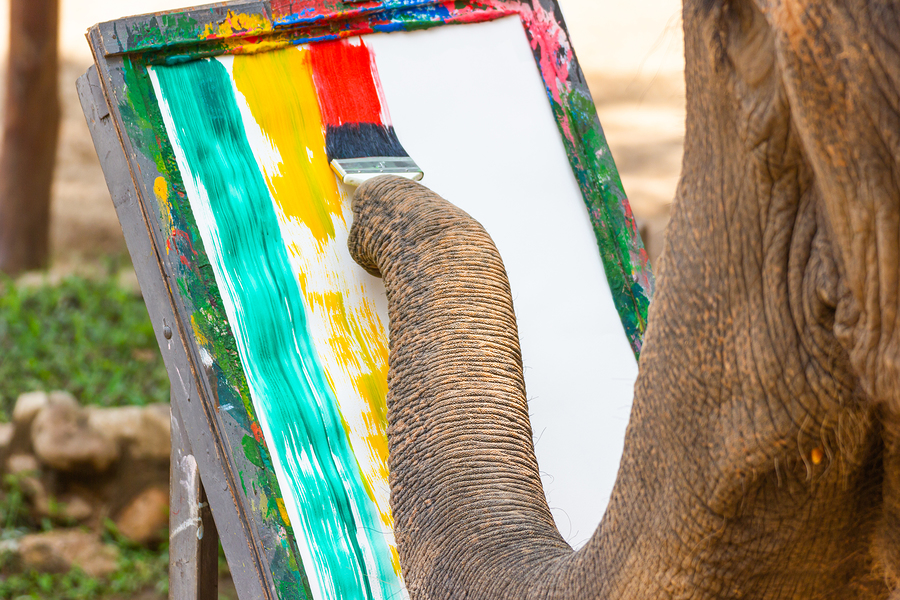 Recently, I produced two Gender Balanced Leadership programs for one of my client companies.

It was fascinating that both the men and the women in these programs brought up the topic of Executive Presence, though, from their singular context. Men used different terminology—self-confident, speaks-up, knowledgeable, composed, empowered, etc.). While women identified with the term. One even asked: “I admire your Executive Presence. How did you acquire it?” What a compliment.

I shared with both groups that Executive Presence, at its root, is nothing more than owning or revealing or uncovering who you already are. Unhappily, women often don’t always recognize their dynamism and how much of themselves they leave untapped in their careers. I felt I hadn’t dug deep enough, which took me down the rabbit hole of my memories, and that’s what I intend to discuss as it’s a topic of import for future success.

It’s worthy to understand this attitude is no small matter in business, as a study by the Center for Talent Innovation, found: “executive presence” counts for 26 percent of what it takes to get promoted. Despite that: 81 percent say they’re unclear about how to act on the often contradictory and confusing feedback they receive.

Envision Being A Leader: Try out this exercise, which was life-altering for me and maybe for you as well. Think about a leader, you know, admire, and respect. Then, envision how they stand, how they shake hands, how they look you in the eye, how they speak, how they are when they walk into a room—it’s you getting inside the skin of this admired leader of yours. Slowly imagine yourself sliding inside their beingness. Now, look around. Perhaps even pretend in your mind’s eye to interact with others you know from this persona. Did you sense a higher level of a presence than you usually experience? This gap between what you typically feel and what you now became aware of while emulating the power of someone else is what you’re giving away every day of your business life. And if you feel the jolt of awareness as sharply as I did, you’ll realize how much of yourself you unconsciously hold back, limiting your influence in the room.

The secret to Executive Presence is not holding your gifts back from the world because of any fear or insecurity, but rather bravely reaching out, and sharing all you are with others.

It Isn’t Merely Expertise: I know this better than most. My first big training assignment was with Paramount Studios—not bad, uh? Walking through their iconic gates for the first day of a two-day leadership development program, I was ready to kill it—or so I thought. I had the expertise, I’d slaved over my content, and yes, I was revved up ready to go.

That night was a different story. I was devastated. The day was a failure. I crashed and burned, and on top of that, I had to go back for a second day!

As I squirmed in anguish, the wise, still, soft voice within asked: “What is success? Is it you looking good, or is it the participants receiving value.”

Oh, no! My attention had been on me. The next day I went into the training event unconcerned whether I looked good or not. My sole desire was that “Aha” shifts occur for every attendee. Success! The assessment comments were glowing, all because I did an about-face in attitude.

The secret to Executive Presence is not fixating on self instead begin centering your attention to others.

We Play Smaller Than We Imagine: Fast forward several years in my history. I took part in a speaker’s workshop—yes, everyone should sign up for such a course. It’s a self-awareness revelation.

It was time to be videoed. I reached my hand into the bucket to pull out my random topic. Random is too weak an adjective. It was much more off-the-wall: Paint the Elephant’s Toenails! I decided to have fun by playing it broad and clown-like. After all, what did I have to lose?

I began by boldly and dramatically pretending to heft up one of the elephant’s foot, all the while swiping its toes with a vivid, incandescent pink in expansive gestures. I felt as though I’d fallen into the land of garish, slap-stick, comedy. My performance did feel like an act unrelated to anything real in my business life. Fun, but wholly meaningless.

Then, the video showed the reality. How wrong I was. Out of the exercise, I received a vital, never forgotten lesson. Those huge gesticulations were way too small. No matter how expressive I was being, I could reveal more of me.

The secret to Executive Presence is to release yourself to be bigger than you may be comfortable being.

So, Executive Presence is actually about selflessness, choosing to show up every time confidently and freely opening the doors to all within you. After all, leadership is truly about others.