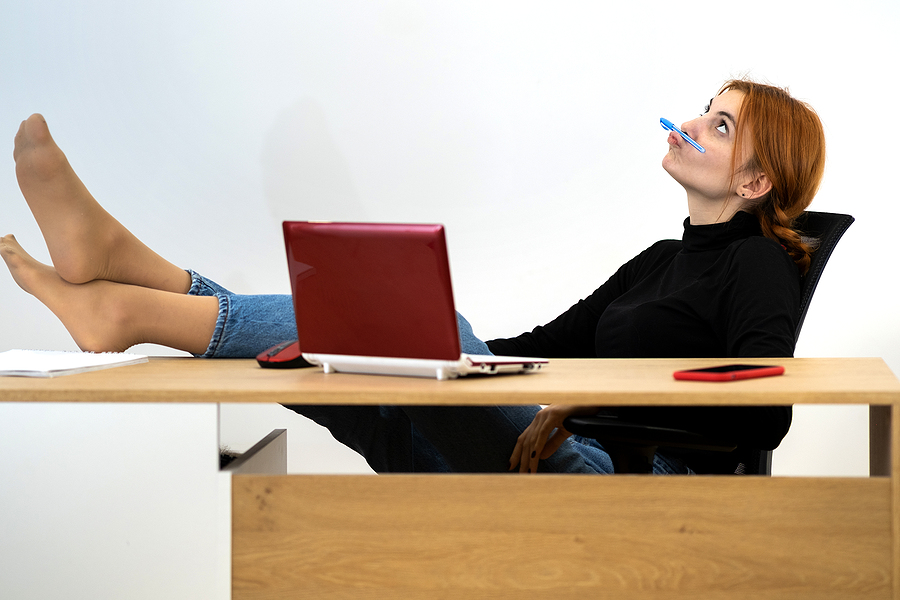 The rules of engagement have shifted as fast as our work environments have. Complacency, disengagement, and dissatisfaction by employees may have you tossed out of the game today where rarely such action did in the past.

During the disruption, companies, who have been loyal to their employees, are expecting loyalty in return, and when it isn’t exhibited, they’re becoming far less tolerant than ever before.

Let me share a sad story, and one I hope doesn’t end the same way, though it might.

What Are You Doing That You Know You Shouldn’t Be Doing?  A ten-year employee called me shocked, panicked, and kicking herself in her derrière.

Sallie K. had been fired for coming in late. Was it true? Yes. “But I work through lunch! Others are always there in the morning, so they don’t really need me…., said she.

Sallie K. hadn’t realized the expectation of her employer was also shifting just as fast as everything else in the business. Look at the marketplace. It has paid many workers, throughout this period of sagging profits. It may not make short-term sense, and yet companies gladly support loyal employees with an eye on long-term results. Adjusting to meet the unexpected needs of their employees is all part and parcel of doing business today. Employees that skated may once have been tolerated—no longer!  So, stick your forefinger in the air and check out the way the wind is blowing so you recognize the changing winds of expectation.

You don’t want to find out too late when there is little you can do to change the assessment your company has of you.

Another little nugget to think about in this story—Sallie K. truly believed she was fulfilling her job’s full weight, but she was using unreliable, out-of-date performance rules.

What Are You Not Appreciating Because It Isn’t What You Wanted? Companies are reorganizing like crazy today not merely to keep the doors open, but also for profitability.

I spoke recently with one client whose company unceremoniously moved her out of her dream job, where all her passions and identity resided, into a boring one.

Debbie D. was not a happy camper!

Before emotionally landing on one side of the employment equation or the other, let’s attain an appreciation of the backdrop. Debbie D.’s company retained her, while hundreds of her co-workers were let go. Despite being moved to a position lower on the company’s pay scale, her salary remained the same. Without question, Debbie D.’s company valued her, and there was no doubt her current position is mundane, nor does it tap into her skills and passions. That sounds like a worst-case job nightmare. So, I’m empathetic.

But her company believes they’re the heroes of Debbi D.’s career storyline. After all, she has a salary coming in tough times when many others are left looking for a job. And haven’t they let her know she’s valued as someone who is part of their future by their actions.

If you’re currently discontent with your assigned work, my coaching with Debbie D. Suck it up and be a thankful team player. Stop griping instead find ways to add value to whatever you place your hand on while using your higher-level skills in everything. If you don’t, your company may well cut you loose.

And yes, if you believe you do better in today’s topsy-turvy marketplace, start a job search. But as long this company employs you, be loyal, engaged, energized, and a leader. That is what will open doors wide for achieving all your dream and hopes for your future. Remember, this leadership response when facing setbacks will always serve you well.

We’re in a time of uncertainty with performance rules of engagement tougher than ever before.

If you’re a woman or know of a woman seeking assistance during these troubling times, check out Women’s Rules of Engagement Online Professional Program.