Is Offense Weighing Down Your Career? 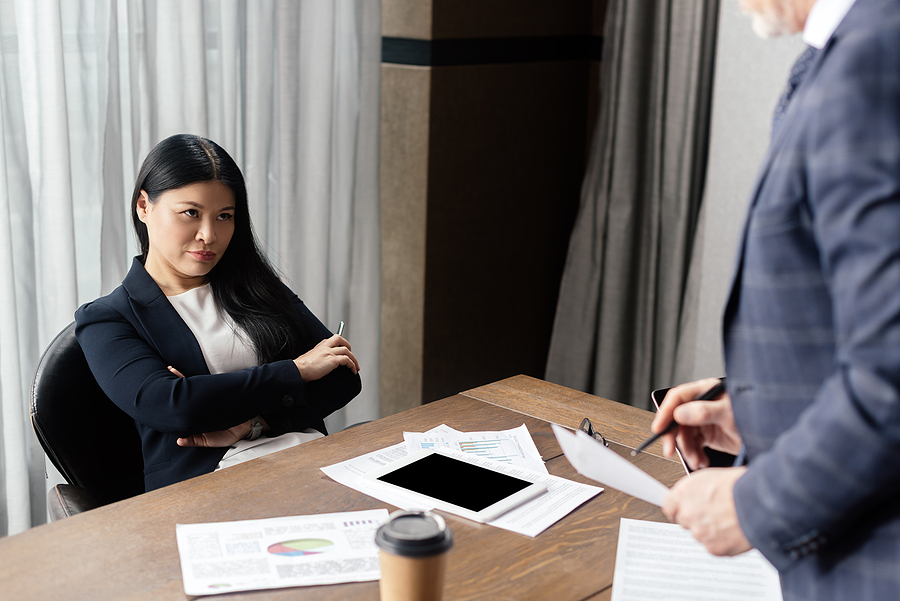 Perhaps you believe I’m a bit intrusive with my question. Hang in with me. The solutions to the uncertainties currently bogging down your career may emerge.

I remember a company hiring me as a Strategic Coach for a bright, talented executive a bit stuck in her career. It didn’t take long to figure out the root cause—a boss who had done her wrong!

Even months after the offense, it still rankled. Hurt and anger sparked out of Sonya’s eyes anytime her boss became the focus of our discussion.

After hearing about the events leading to her bitterness, I agreed her boss’s action was unwarranted. I thought it might even be borderline unethical. There have only been three occasions when, as their coach, I’ve asked my client permission to speak with the company—this was one of them.

Her company was unconcerned about the issue, even to the point of defending the boss. We had our answer. It doesn’t matter whether Sonya was right or wrong. Move on.

Still, the unconstructive emotions sizzling beneath the surface weren’t doing her any favors! Holding on to the offense was only hurting Sonya, not to mention harming her career.

Recently, I heard Sonya and her boss are no longer with the company! Yes, Sonya, because even though she lowered her resentment levels, she couldn’t let it go. And her boss because the problems he created finally outweighed his contribution in the company’s eyes.

Gosh, I wish Sonya could have entirely rid herself of resentment. It tainted everything she did. And she is a magnificently, creative, competent, terrific woman, but it is often hard for companies to recognize contributions when attitudes are muddying the waters.

What are you holding onto right now, which could be weighing down your chances of soaring? Are you ready for a couple of tips?

Fairness Can’t Be Your Objective: You see, fairness is tricky as it is a moving target. By its very essence, there is a subjective element rooted in how it’s applied. Just as with Sonya and I, where we believed an offense had taken place. But her company, a caring, honorable organization, didn’t judge it in the same way.

Your job is to breed an environment in your heart which has you moving forward without resentment. And if you can’t, it’s time to think about finding a company that will be your place to generate success. The bad news, if you refuse to employ either of these two options, you’re potentially limiting your future.

Do you think this is an impossible task? Is your brain saying? You don’t understand, Nancy, I have a terrible boss or a bad situation or whatever you hold to be correct.

Let me press back. Viktor Frankl has always been my hero in this area. He was a Jew imprisoned in a German concentration camp where his father, mother, and brother died. What did he learn while jailed in the most appalling work environment imaginable?

Everything can be taken from a man but one thing: the last of the human freedoms—to choose one’s attitude in any given set of circumstances, to choose one’s own way.

Negative Emotions Reflect Right Back To You: I’m not saying bad things don’t happen to competent, fabulous executives. I am saying, holding on to those unhelpful feelings hurts you and, as happened in Sonya’s case, brings about unwanted career repercussions.

It’s very similar to fouling in basketball where “the second fouler” or the unconstructive response to the original offender often receives the penalty. Did the first player foul? You bet your bottom dollar he or she did! Usually, in a pretty dreadful and unmistakable way, but they got away with it. Take a deep breath and move on.

If you’re working with a less than terrific work player, relax. I promise they’ll receive their due eventually as occurred to Sonya’s boss.

Remember, if you’re throwing around harmful body language or talking about the foul you sustained, all your company’s attention focuses on your poor attitude, no matter how righteous, you believe you are.

Giving up offense isn’t easy. However, to be successful today, you have to let so much go. It isn’t easy. Nothing worthwhile ever is. As you learn to release, you will have a heck of a lot more fun at work. Not to mention, you’ll be far more successful!

If you a women executive like Sonya, who has run into a “less than terrific” boss, check out the Women’s Rules of Engagement Online Program. One of the eight Strategic Modules offers practical and useful concepts for successfully rising above the problematic manager. Click Here for more details.