The Secrets for Leading the Charge of Change

Published: MWorld, The Journal of the American Management Association 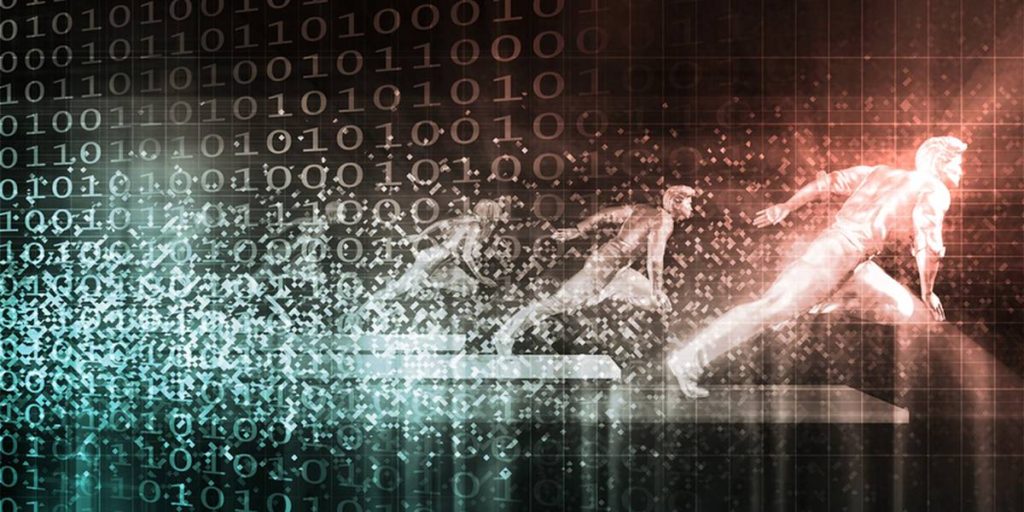 War is the metaphor often used by corporate executives. Everyone knows that before new territories can be conquered, the ensuing conflict or battle requires supreme effort and a willingness to change. The use of the war metaphor is not meant to trivialize the reality of the battlefield. Rather, it is a figurative way to explain the monumental challenges encountered by corporate leaders today.

Business is undergoing the most massive reshaping and redeployment in the history of corporate America. Leaders scramble 24/7 to stay out in front of extreme competition and shifting global economies. And if you think the pace is slowing down anytime in the near future, you’re wrong.

Change is the watchword around the globe as we observe companies rise and fall–one day, the head of the pack; the next, a bankruptcy announcement paired with ruthless reorganization strategies. Daily you read about, or perhaps are even personally involved in, a merger or alliance of corporate entities battling to recapture their lost advantage. This is not to mention the emergence of catalytic products and services that in a single moment transform the business of business.

How do people handle such rapid changes? How can you effectively lead them through these change dynamics?

The War Zone of Change
No new territories are acquired or enemy forces overwhelmed by one lone general. A general, if he or she wants to win, must have a quick-to-respond army of lieutenants willing to fight side-by-side with equal fervor and purpose. The same applies to the business world of change.

Before plunging into your own war zone of change, you need to assess your organization’s capacity to follow where you and your company are leading.

In any change initiative, employees fall within three generalized categories, and each responds very differently.

First, change agents are employees who are willing, dedicated soldiers, embracing change and quickly aligning their actions with you and that of the organization.

Second are the change resistors. Do you have members of your troops who consistently oppose new directions, either overtly or subtly by moving their opposition underground through gossip and negative thinking? Is their first response: “It can’t be done,” or We’ve never done it that way before”? These are your change resistors, whose attitudes polarize and pollute over time.

The third subordinate category, and in sheer numbers the largest, is the amorphous mass. Typically, this group is swayed by the most persistent, passionate and pervasive voice in the organization—whether negative or positive!

Examine the following visual of the three groups involved, and three possible approaches to generating change. No matter the size of the company, change agents and change resistors are normally about equal in size, and both are completely dwarfed by the amorphous mass.

The key to developing momentum in the envisioning and implementation process of change is mobilizing the enormous Amorphous Mass. However, the burning question is: Where will you allocate the majority of your time, energy, vision and dollars?

Approach A: The Insurgents
Often, a leader’s primary attention focuses on the change resistors, since they constitute an easily recognizable, loud and strident voice. The action plan: quiet this group and the campaign will be won. Unfortunately, change resistors are actually incapable of a healthy response to corporate directives, because their own agendas or fears are of far greater importance to them than their organization’s future and potential success. These powerful emotions are extremely hard to reverse. This is why concentrating your limited resources on this segment of the population is a plan doomed to failure.

Beware of the Black Hole
The amount of resources required to turn the minds of those fixated on the negatives of change is staggering. And if you were somehow able to nudge their minds toward change, it would simply move these change resistors into the amorphous mass group, those who are neutral and still need to be won over. Converting change resistors to ardent supporters is quite rare. If allowed, these change resistors will suck up your allocated resources, stimulate very little positive progress within the organization and possibly demolish the initiative. Talk about a black hole!

Once you’ve identified the change resistors, be bold! Assess each individual in this group. Then, ask yourself: “Do I have a 50 percent chance of replacing this individual with someone better?” I’m not suggesting that you fire every change resistor falling below this percentage. I am honestly recommending, however, that now is the time to evaluate whether this person should be kept and, if so, what is required to meet the objectives outline below:

If not, then, for his or her sake, since your resistor is an unhappy misfit in the culture affecting the ongoing viability of the corporation, you must seriously consider letting this employee go.

Most organizations start asking these hard-hitting questions too late in the process. Once you’ve assessed your resistors, either, provide transforming opportunities—whether through mentoring, training or partnering with another, stronger employee (preferably an agent of change)—or start the process for termination now.

Approach B: Mass Mobilization
Other change initiatives focus on the Amorphous Mass—certainly the largest percentage of your employee population and a critical group to engage for the ultimate success of any change initiative. This may appear to be a more sensible plan, but the majority of your resources shouldn’t go to converting this group, either. Here is the home of your slow changers. They are easily influenced and tend to vacillate. Your Herculean efforts to convert this group can disappear like the morning fog, since they are easily swayed by others and rarely take actions as a leadership faction that willingly persuades its peers.

Approach S: Partisan Influencers
The best approach, the high-leverage one, is to identify your change agents and involve them in the persuading/envisioning process. Cash in some of your hard-earned relational equity, which, hopefully, you’ve been creating along the way, to earn a hearing. Change agents normally jump on board quickly, because they enjoy change! Discuss with this fired-up group the needs for change and the benefits of the new direction, both for the organization and for the employees themselves.

The next step is to encourage them to become compelling advocates, owning the need for change on a personal level. Then, release them to share their commitment with their web of influence among the amorphous mass. If your approach is sound and has been well-thought-out, you’ll discover that the amorphous mass will be more open to influence from your growing army of change agents than it would be from you!

As these change agents begin talking about the new direction, their enthusiasm will enroll others. Watch as the original opposition melts away or becomes minimized. Momentum builds. Amazingly, some in the amorphous mass may even start building muscle to become your change agents of tomorrow!

Getting Buy-In
I don’t recommend that all your resources be allocated to the change agents, although this is the most influential leverage point. As a leader, you are responsible for your entire staff. Make sure you communicate and work with everyone, even the ones who are not yet enrolled.

Once you have the ear of your staff members, they normally will grace you with a “honeymoon period” of hope as they become excited over the possibility that something good will happen from their efforts to support the company. That is why it is imperative that you show them evidence in a timely and tangible manner that their efforts have produced results. Otherwise, they will disengage from the project not just today, but into the future as well. This is why it is important to introduce “quick hits” early in the process—some meaningful tasks that can be completed swiftly with little stress or few resources. They will sustain momentum and a sense of accomplishment. These could be something simple like announcing the establishment of a companywide committee to research a particular issue in greater depth or constructing a demo-office so employees can touch and see the new furniture and space layout for an upcoming move. At a minimum, this will quiet any negativity still emanating from your remaining change resistors.

Remember, change is the lifeblood of an organization, and a critical factor for revolutionizing an organization to conquer today’s challenges. Leaders unable to successfully engage their troops are fighting the battle with one hand tied behind their back! As a general, the fortunes of war are within your grasp. What action steps are you taking right now to prepare your troops for battle and, ultimately, victory?