Say No, To Micromanaging 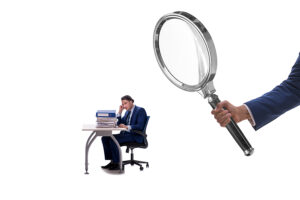 Through the years, I’ve Strategically Partnered with executives who report to a micromanager. And we’ve strategized together how to come out sane and successful.

Still, it’s been a long time since my spirit has been crushed by one of those…shush… micromanagers.

Wow! I forgot the emotional draining consequence of allowing even a tiny little bit of that corrosive, critical judgment into my being or how difficult it is to stay confident instead of shrinking until you disengage entirely.

I’m clear the person in charge often has little awareness they’re holding the reins, so tight enthusiasm leaks out with every mandate. They believe projects will fall apart without their heroic intervention.

There’s also little doubt the micromanager often has a strategic vision with a litany of must-dos to bring the plan effectively to fruition, but that doesn’t mean others can’t advance and add value to the outcome also.

As you read, is there a possibility you’re a micromanager or have strong tendencies that seep out in that direction? Would you even recognize it if it were true?

Check out some of the signs that indicate you’re controlling a bit more than is desirable for your career, your people, and your company.

Feedback Falls On Deaf Ears: You can possess Grade A listening skills, and yet, if the only ideas that are still in play are yours, chances are you’re a micromanager. Once your staff realizes when you say: “I want to hear your ideas,” what you mean is: “You need to agree with me,” trust is gone. You can use the right words, but you guarantee losing engagement every time if your actions don’t follow suit.

Correction…Correction…Correction: Every successful executive knows that innovation entails an aspect of tweaking to achieve incremental improvement. However, if all your focus is on what’s wrong, you slowly and surely devastate your staff’s creative drive. A quick, casual “Good job” after a litany of all that’s wrong or focusing on only changes doesn’t work. Such an attitude never draws staff into the strategic plan. It generates the opposite effect—with many emotionally disconnecting.

You’re Frustrated: Is your staff’s body language sending you a concerning message, particularly as you catch a fluttering eye roll now and then? These are clues that your style isn’t positively influencing your team. Managers have every right to lead in whatever fashion they choose—some approaches are more effective than others. And yes, you can be a micromanager, but it won’t win the day by any longtime leadership measurement. You, the manager, don’t grow, nor do your employees… and ultimately, your company will suffer.

Often micromanagers see the first rule as their only objective. They’re trying so hard to prove their worth they forget they have a two-fold duty—not one.

These are just a few attitudes that have you labeled micromanager. You’ll want to modify your behavior if any of these issues pop-up in your self-assessment. It may be challenging, but don’t miss-the-mark, you have a sacred duty.

If you’re an employee who has difficulty working with a micromanager, don’t give up. I know it’s easier said than done. Your company needs you fully committed and engaged. And so do you. Any disengagement on your part leaves you dreading going into work. Not precisely the attitude that leads to your future career success.

Suppose you’re a manager with even a smidgen of a micromanager attitude. In that case, I hope you realize how defeated your people may be feeling when they’re not permitted to formulate the strategic direction along with you. Equally worthy of note is that you and your company sustain an enormous drain to creativity when you hold down employees from soaring and adding value.