The Woman’s Way to Success

Discovering the Power of Your Feminine Side 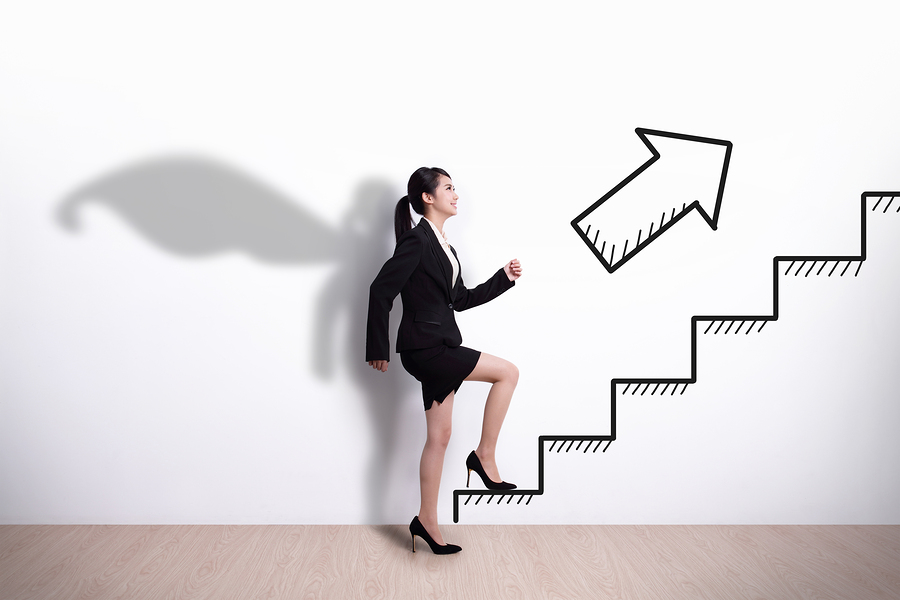 Let’s begin with a word association game: When we say “Great Business Leader,” who comes to mind for you? Take a moment, and make a mental list of the first three or four names that pop into our head.

Hmmmmm…could it be that the names on your list only belong to one gender? And chances are it’s not female!

Herein lies our dilemma as women in business: WE TEND TO MODEL OUR STYLE OF LEADERSHIP AFTER MEN. This is a completely natural reaction, since men still hold about 97% of the top positions in American companies. But if you happen to be female, fitting into the male model of leadership is the most unnatural course of action. It forces you to devalue—and even deny—the unique, feminine-based strengths and contributions that you bring to the masculine world of business. Yet this is precisely what millions of women have done, in unconsciously modeling themselves after the leadership skills of men.

These masculine leadership skills arise from patterns of thinking and behaving that originate in the logical world of the left-brain: skills like risk taking, analytical acuity, and long-term business planning. These certainly are mandatory assets for any leader, male or female. But our true power as women business leaders comes from our value added assets: feminine-based skills like intuition, communication, and relationship building.

We are not advocating that you abandon or even diminish the masculine-based leadership skills. Rather, we are suggesting that you make an active choice to honor both your left- and right-brain talents—to recognize them as separate-but-equal skill sets. In a male-dominant business world, this requires you to elevate your awareness and respect for your feminine-based talents.

One of the key differences between women and men in business is the way they communicate. Our advantage over men in this area is the result of both nature and nurture. Women actually have more fibers connecting the verbal and emotional areas of our brains than men do. And both sexes are marked with centuries of genetic imprinting. Competition (and the emotional “toughness” and hierarchical status system that result from it) remains a driving force for boys. Cooperation (and the system of nurturing and intimacy that is required for it) still dominates the play patterns and relationships of little girls.

By the time these little girls become women, they have developed into Whole-istic Communicators. They are “tuned in” to the entire spectrum of a message: words, tone of voice, expressions, actions, and emotions. Research has shown that only 7% of human communication is verbal, so this ability gives women special powers in business: the power to understand a message in total, and the power to deliver a message that is rich in both content and context. This power is a critical leadership asset in the increasingly global, multi-ethnic, multi-cultural world of business.
Emotion is a central element of whole-istic communication—and typically the area where women sabotage themselves. Learning to make conscious use of emotions can significantly increase the power and effectiveness of your communications. Context is the key that unlocks this particular puzzle.

Let us illustrate with the story of Cynthia—the brilliant (but junior) strategic planner in a large consumer products company. Her division manager included her in major strategy meetings precisely because of her brilliant mind and feisty, argumentative personality. As a junior manager, her passionate, zealous style ensured that her ideas would receive full consideration from the senior team members. In this context, Cynthia’s emotional tone enhanced her ability to communicate fully, and effectively with her superiors.

When Cynthia formed her own management consulting company, her first assignment was to develop a brand positioning recommendation for a new product from her old company. Her former boss was now her first client. He sat patiently through her presentation, and then began asking questions. She answered each question with passionate arguments, and left the meeting feeling victorious.

Her client, on the other hand, left the meeting feeling angry and frustrated, as Cynthia learned in his follow-up phone call.

“When I hire you as consultant, I expect you to consult,” he told her. “I want you to be an advisor who gives equal thought and consideration to every idea, not an advocate who simply continues to argue for your own recommendation.”

Cynthia had made a critical error that had sabotaged the credibility and acceptance of her recommendation. She had applied the same zealous emotional tone in a completely different—and inappropriate—context. As a consultant, she was no longer a subordinate, but an equal. Her role had shifted from amateur to expert, and from advocate to advisor. Her emotional tone needed to shift as well, into a calmer, more self-assured realm: she no longer needed to use an aggressive, zealous tone to compensate for her lack of expertise or authority.

Emotionality is a special gift that women bring to business. Our emotional spectrum is a broad one, in terms of both our internal feelings and our outward demonstrations of them. This makes our communication richer, and our work environments more stimulating—but only if we choose wisely. The emotions that we project can either support or destroy our messages; they can be the bridges that connect us to our listeners, or the impassable barriers that stand between us. If we make our emotional choices based upon the context of the message (rather than the convenience of past habits), we will inevitably choose the bridge, rather than the barrier. In doing so, we become truly powerful, feminine leaders.